The global maritime industry is making significant progress in the fight to reduce ship greenhouse gasses and other ship-to-air emissions, but it should not lose sight of what’s going on below the waterline, Thordon Bearings’ Craig Carter said today, addressing members of the World Ocean Council (WOC).

Speaking in Barcelona on the first day of the WOC’s Sustainable Ocean Summit, Thordon’s Vice-President of Business Development said: “There are today a number of initiatives looking at reducing emissions above the waterline, but not so many looking at preventing pollution below the waterline. This can be part of global policies to improve our oceans and seas under the United Nations’ Sustainable Development Goals, Number 14 – Life Below Water.”

In answer to a question raised during the Sustainable Ports and Shipping for the Blue Economy session, Carter said: “To further advance ocean sustainable development and put to sea truly zero-emissions ships, then we really do have to get rid of the oil-lubricated shaft line and replace it with one lubricated by seawater. From well to wake, the environmental impact of an oil-lubricated sterntube needs serious consideration.”

“This is about the same as the Amoco Cadiz spill, but it’s happening year after year after year, he said. “Oil-lubricated propeller shafts are often considered to be sealed systems, but they’re not. If they were, then a ship’s oil header tank containing 2000-3000 litres of oil wouldn’t need topping up with oil every few years!”

While damaged and worn sterntube seals contribute massively to the constant flow of oil into our seas and oceans, a research paper carried out last year by Linnaeus University’s Kalmar Maritime Academy concluded that sterntube seals are not at all leak free, with oil leakage considered “normal” operating conditions.

Carter went on to explain that the advancements made in elastomeric polymer materials over the last decade not only offer a viable environmental and economic alternative to the oil-based system but seawater-lubricated shaft lines can also figure in the shipping industry’s CO2 emissions abatement plans.

“Initial research suggests that because a seawater-lubricated propeller shaft system operates with lower friction coefficient (resistance) compared to one operating oil-lubricated white metal bearings, less fuel is required to propel the vessel, resulting in a small but nonetheless important reduction in carbon emissions.

“This means it can form part of a ship manager’s Carbon Intensity Indicator (CII) measures, which becomes mandatory next year under MARPOL Annex VI.”

Craig Carter has been involved in the promotion of oil/grease free bearing systems for the marine, clean power generation and offshore industries since 1996. Currently, he is the VP-Business Development with Thordon Bearings, a manufacturer of a complete range of zero pollution propeller shaft, rudder and shaftline products for the global marine market. He has been actively working with ship owners, government, and special interest groups to provide cost-effective solutions to eliminate oil and grease discharges from ships forever, ensuring no environmental impact on our oceans, seas, and rivers as per SDG#14. 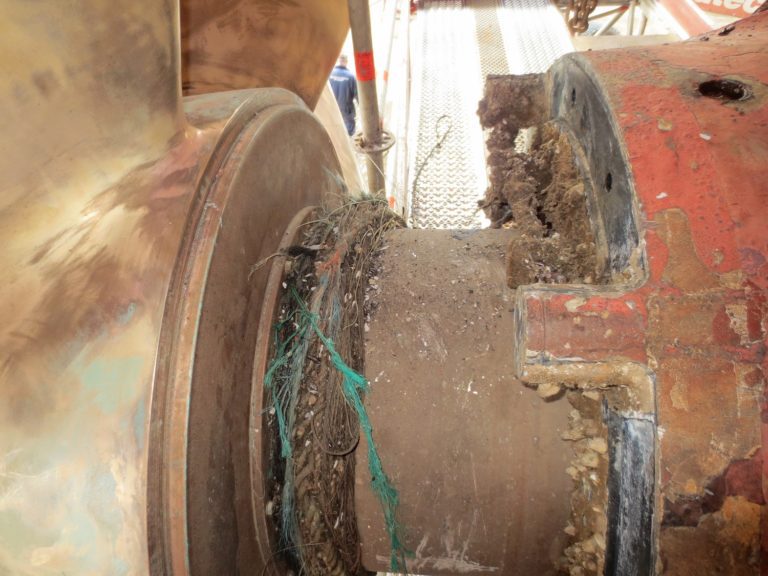 Thordon Bearings designs and manufactures a complete range of journal bearing and seal systems for marine, clean power generation, pump, and other industrial markets. The bearing systems are manufactured using Thordon’s proprietary non-metallic polymer materials that are lubricated with water, eliminating oil or grease usage. This means ZERO risk of oil pollution to our rivers, lakes and oceans and elimination of lubricant costs.  Thordon systems and bearings are available worldwide through over 70 agents and distributors.