Grupo Servicios Maritimos, an Argentinian company offering a variety of services related to the maritime, inland waterways and port activity, operates a fleet of ten tugs, two container feeders and six pilot/service launches, as well as a number of barges.

A frequent headache for the Buenos Aires-based operator, however, was the excessive tailshaft bearing wear rates experienced on some vessels operating conventional rubber bearings in a mix of sea-, brackish-, muddy-, and freshwaters.

Marine Logistics’ Hernan Lopez recalled: “Being an old boat, this did not appear to be a simple installation. The 303mm (12in) diameter tailshaft and rubber bearing were both showing considerable wear, along with excessive bearing clearances. Another problem was that the shaft liner was a different diameter from that shown on the drawings.

“Fortunately, Thordon materials can be easily machined to adapt to multiple shaft and housing sizes, whereas conventional materials would encounter difficulties when faced with this issue. The RiverTough tailshaft bearings were installed successfully – and quickly!”

“The owner will save money in the long run because the Thordon material can be machined to suit multiple shaft diameter sizes,” said Bernal. “This makes ordering and the installation much simpler. Additionally, the long lifecycle of the Thordon material reduces the need for frequent drydockings for bearing and seal replacement, which reduces the operating costs considerably for the vessel owner.”

“The elastomeric polymer material pioneered by Thordon offers increased resilience compared to rubber bearings, resulting in easier alignment and less edge loading,” he said. “For repair applications where the housing bore condition may be less than ideal, water lubricated RiverTough bearings can be bonded in place using an approved adhesive.”

Thordon SXL rudder bearings, meanwhile, operate without grease, above and below the waterline. SXL offers high abrasion resistance and can also withstand high shock loads, improving the wear life of the bearing.

Similarly, the Thordon Pucker Seal, is manufactured from a tough self-lubricating polymer, designed to keep out abrasives such as sand and grit from the rudder trunk.

“Thordon’s reputation for in-service performance, reliability and good service is well known throughout the region, which is likely to lead to requests for more Thordon products in their fleet,” said Lopez. 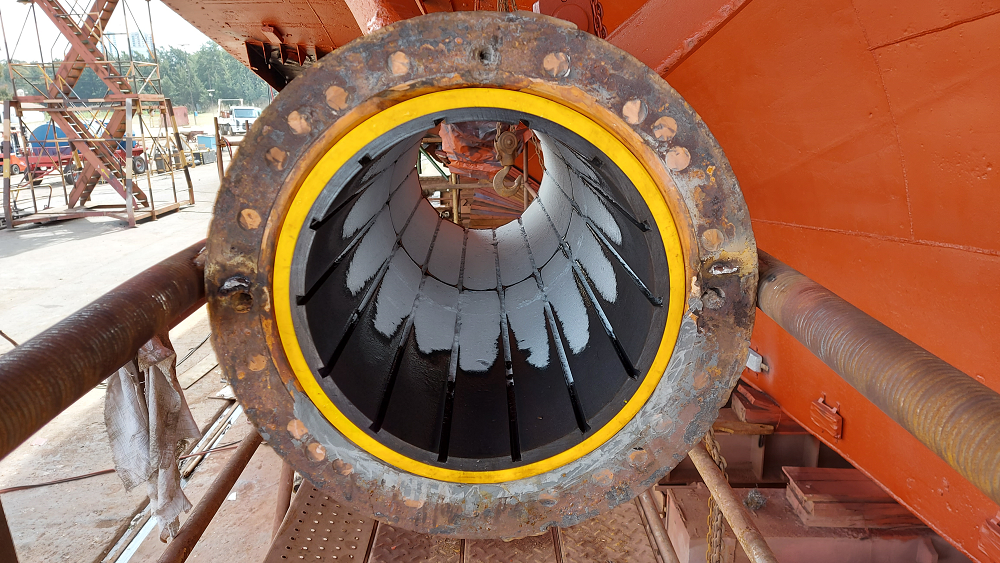 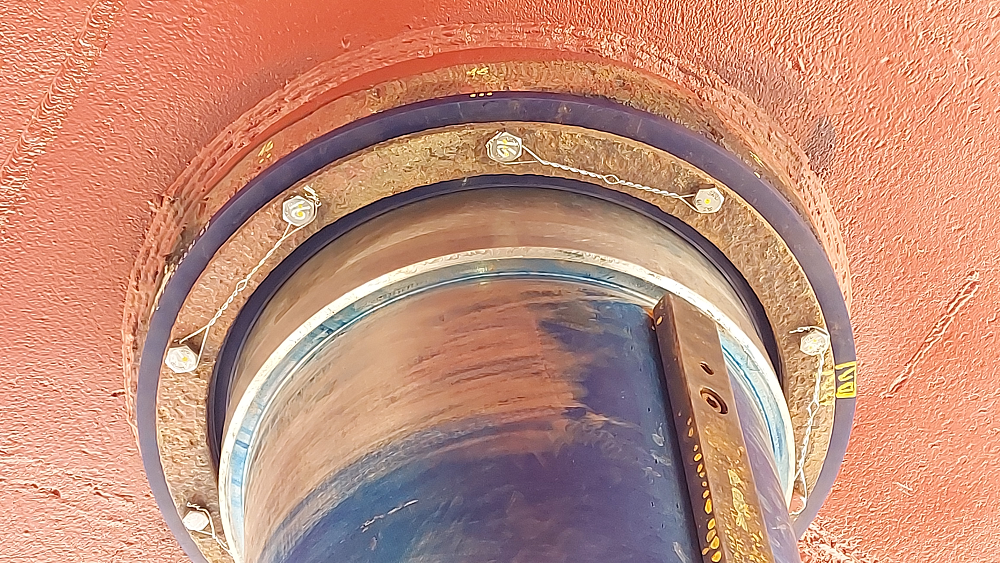