Thordon’s heavy-duty elastomeric bearing materials have been keeping the Comeau Marine Railway operational under locally concentrated loads and in some of the harshest, abrasive waterways for more than forty years.

“The patent slip, or marine railway, a cost-effective alternative to a conventional drydock or synchrolift, uses a large cradle on rolling stock to hoist vessels out of the water up an inclined rail track,” said Thom Hofmann, President, Avalon Marine, Thordon Bearings’ Nova Scotia-based distributor.

“Over the past 40 years, the railway has used all types of bearings, including phenolics, bronze, Lubrite®, but as far as I can tell the best success the yard has had has been with ThorPlas-Blue.”

Thordon’s XL and SXL bearings were also used in this application, but in 2018 Comeau made the decision to install 110mm (4.3in) diameter ThorPlas-Blue bearings in the critical areas of high loading wheels of the ship cradle.

“After inspecting several wheels and looking at how the ship hoist was being operated, we learned that two vessels were routinely loaded at the same time,” said Hofmann. “This meant that the entire load capacity was concentrated over a longitudinally central section of the cradle, requiring the use of extreme performance bearing materials.

“Performance was further compounded by the fact that the marine railway, which operates all year-round, is located in the Bay of Fundy, an area on the southwest coast of Nova Scotia noted for its extremely high tide. A large amount of abrasive sand and sediment would frequently flush down the estuary and end up covering the tracks and wheels.”

Hofmann added: “While the earlier XL and SXL bearings performed as well as could be expected, the cradle needed something more robust. We considered a number of Thordon options and after considering the commercial implications, the owners opted to use ThorPlas-Blue material as it was the best option.”

Avalon designed the bearings and supplied the material as rough moulded tubes so the shipyard could quickly and easily machine and install the bearings between drydockings.

Joe MacDougall, General Manager, Comeau Marine Railway, along with his assistant, Brian Amirault, stated: “We haven’t had any issue as yet, all is good. The ThorPlas-Blue has been in use now for a couple of years and, so far, the material has not failed, despite the uneven loads, sand and debris.”

The success of the bearings is in no small part a result of the upfront engineering by Avalon.  Access to this superior bearing material has allowed Comeau to improve bearing wear rates and reduce maintenance time and costs, while significantly improving yard performance.

Scott Groves, Thordon Bearings’ VP – Sales, added: “It is not uncommon for Thordon’s proprietary polymer bearings to be used in this type of application and other ship repair yard facilities, such as dock gates, water pumps and cranes, largely due to the ability of the material to withstand extreme loads and abrasion.”

ThorPlas-Blue is a self-lubricating polymer bearing capable of withstanding operating pressures up to 45 MPa (6,527 psi) installed in a full-form, interference-fit configuration. ThorPlas-Blue does not require greasing to ensure smooth operation. The lubricants formulated throughout the homogenous ThorPlas-Blue polymer matrix ensure a low, stable coefficient of friction, even as the bearing wears. 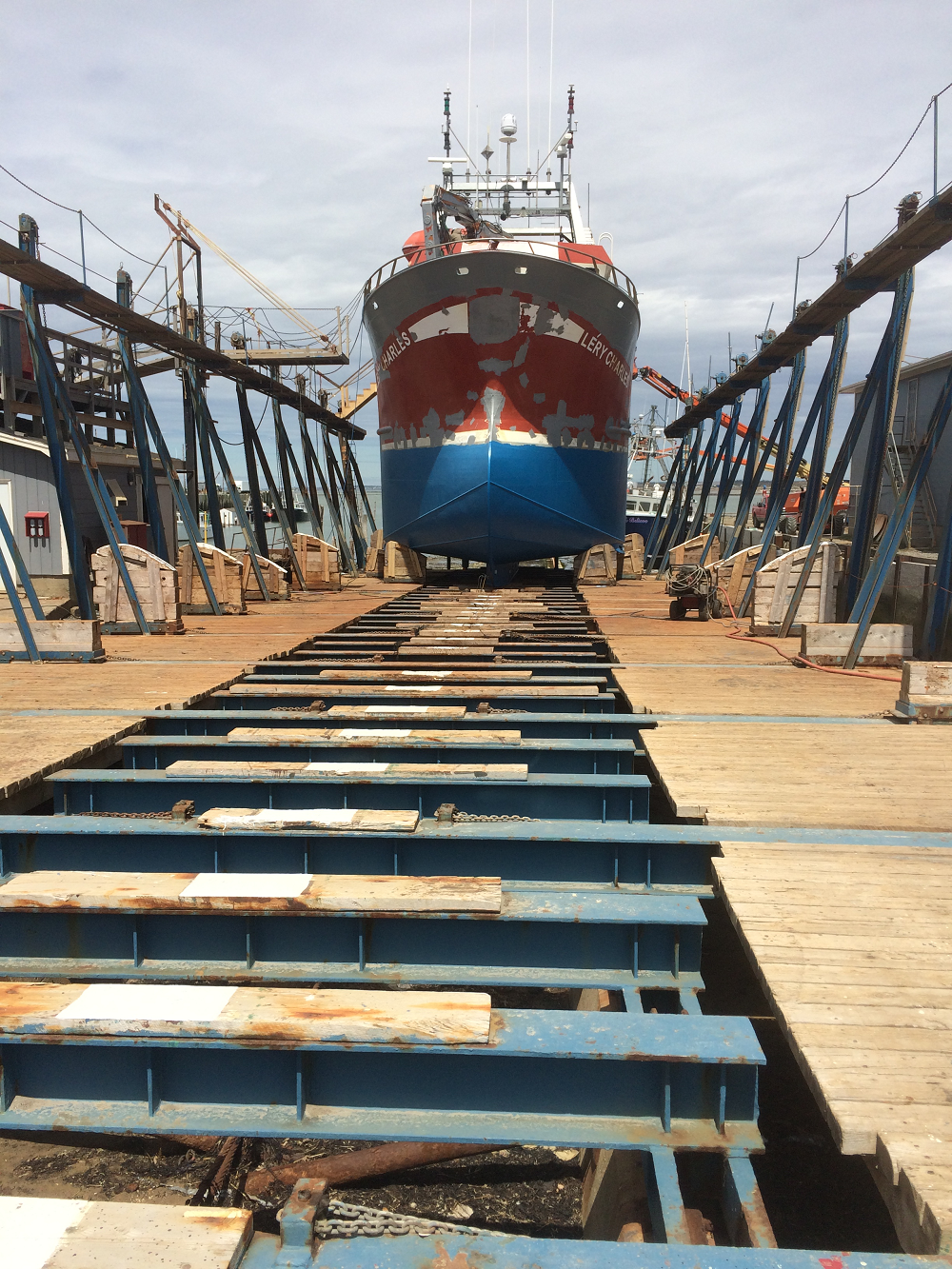