As part of a strategy to help facilitate the overhaul of Canada’s aging hydropower turbines, Thordon Bearings has announced the appointment of Millstream Engineering as an authorized distributor for the Southern and North-Western Ontario regions, as well as providing support for hydropower customers in Western Canada.

With a presence in Orillia and Burlington, both in Ontario, the company will provide distribution and mechanical engineering support for Thordon’s complete portfolio of hydropower, vertical pump and industrial bearings and seals.

Co-founded by Greg Auger and Alina Stepanians, a former Thordon sales manager and engineer respectively, Millstream Engineering was established to improve coverage and support for these markets.

“There was an opportunity for a new engineering and product company to step in and focus on this important region,” said Auger. “Thankfully, we received a very positive response, with Thordon seeing Millstream as providing an opportunity to increase coverage of the Canadian market and to get more of this revolutionary bearing technology out there.”

The two companies have now implemented a transitional process to ensure that all existing projects continue to be handled smoothly.

As part of this process, Millstream has taken on some existing accounts and already secured its first projects as a Thordon distributor.

“We have indeed received some new orders,” said Auger, “but these are likely to have come through anyway, so we can’t really take full credit. But technically, yes, they are our first sales.”

Millstream Engineering co-founder Stepanians said: “Initial emphasis will be to build up our hydro power business and presence with customers across Ontario. There are lot of older power turbines in this area that have been operating for more than 60 years, with operators looking at turbine life-extension projects to get another 30 or 40 years out of them.

“In fact, there is an increasing trend across Canada to overhaul the country’s aging hydropower infrastructure. It is in the early stages, but we see it happening and we see it taking the next 10 to 15 years to complete. We are well positioned to deliver the engineered bearing and sealing solutions that the hydro utilities need to successfully complete these refurbishment projects.”

Commenting on the arrangement, Thordon Bearings’ VP Sales Scott Groves said: “I am pleased that Greg and Alina will remain connected with the Thordon family as the co-founders of Millstream Engineering. We very much value their contribution to the success of our hydro business, in particular, and look forward to their continued success as an essential member of the Thordon Distributor Network.”

Groves added: “With Millstream Engineering we are able to achieve both sales and technical representation in a market area that had before been underrepresented on both fronts. It’s a win-win all round.” 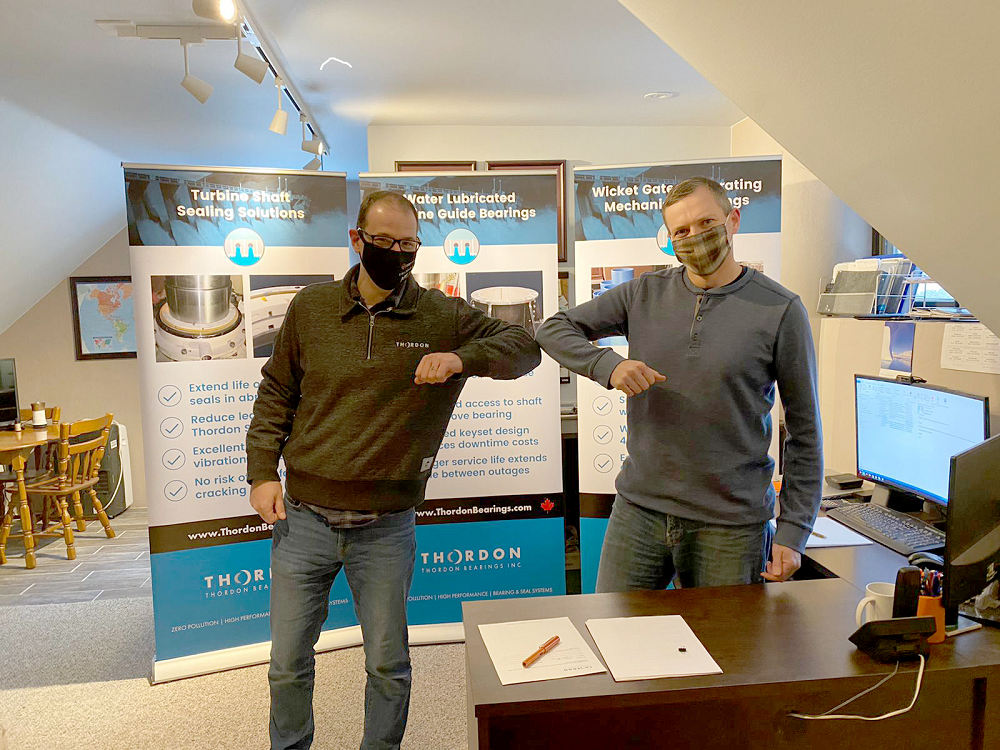