One of the world’s oldest tugboats, the 117-year-old, steam-driven Daniel Adamson, is set to return to service offering short cruises along the River Weaver, a tributary of the fabled Mersey River in England, after the completion of a project to install new propeller shaft bearings.

Chris Simmons, Sales Manager, Duwel Group, Thordon Bearings’ distributor for the UK, said: “We were invited to visit the yard to investigate the potential to retrofit with a Thordon bearing solution following the loss of the starboard propeller.

“There seemed to be a lot of damage compared to the other journal positions and it appeared the bearing had suffered from hydrolysis. I could see that some areas of the inside diameter surface had deteriorated and were missing.”

Thordon SXL water lubricated bearings were supplied in April of 2020, but due to the COVID-19 crisis, the project was delayed until November. The coal-fired tug, currently in winter lay-up, is expected to resume service in the spring.

“Initially, we were only going to replace the bearing on the starboard shaft but as the project progressed, it was agreed that the port propeller shaft bearing should also be changed. So, we ended up supplying 203mm (8in) diameter SXL bearings for each shaft,” said Simmons.

Andrea Ward, Director, Daniel Adamson Preservation Society, said: “As a charity, supported by volunteers, we didn’t have a big budget available for the docking and bearing replacement so soon after the restoration three years ago. But after evaluating the reliability and robustness of the SXL bearings we believed it would be prudent to the life of the vessel to replace the existing shaft components with the more reliable, robust Thordon SXL solution.”

“Despite the stringent safety and social distance measures in place we have been able to continue production throughout the pandemic as an essential supplier, offering better lead times than our competitors. This has given us a distinct advantage. It also appears that Duwel is the only original bearing manufacturers’ representative in the UK providing comprehensive sizing dimensions for the machining/installation processes.”

Commenting on the success of the project, Simmons, said: “Boarding this remarkable vessel is stepping back in time. Many of the volunteers are septuagenarians but they’re carrying out all of the tasks required to operate a steam engine, including the ‘fireman’ role, shoveling coal.  Tough work. I’m not sure I would be able to keep that up for too long – apparently there is a knack!

“It was a privilege to be involved in this project and wonderful to see skilled craftsmanship combined with modern bearing upgrades to ensure many more years of service.” 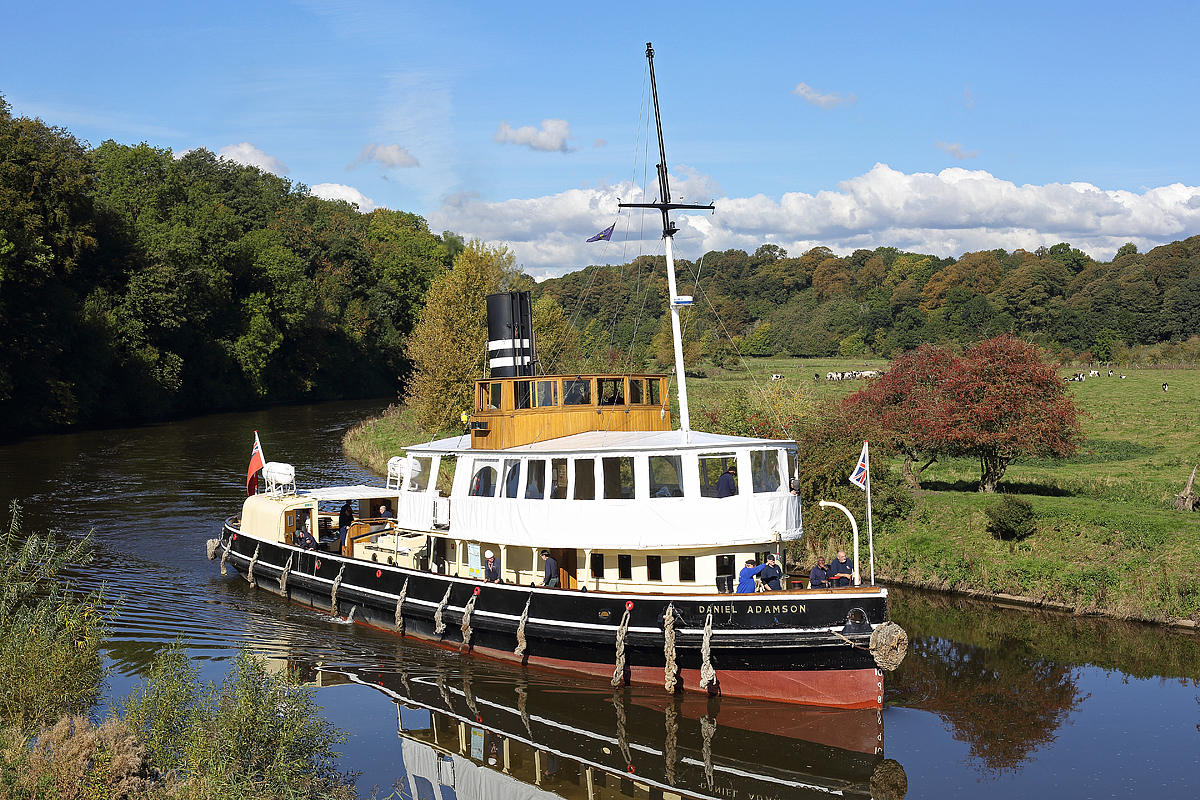