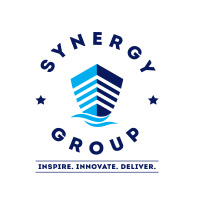 The progressive recruitment and human resources policies of Synergy Group have been recognised by Maritime SheEO, the International Maritime Organization-endorsed leadership accelerator organisation for women in the shipping and logistics sectors.

Synergy, one of the world’s leading ship managers, received the “Best Practices in Diversity’ award at the close of the inaugural Maritime SheEO virtual conference which took place on 23rd November.

“Synergy Group has become a leading light in our battle to bring more diversity to shipping,” said Sanjam Sahi Gupta, Founder of Maritime SheEO.”Women make up just 2% of the global shipping workforce and less than 1% occupy leaderships roles. This is an issue that is failing our industry as well as failing the women in it. So it is heartening that companies such as Synergy are making such fantastic, positive strides.”

Gupta, who established Maritime SheEO in 2019 and is also a member of the Executive Board of Directors at the World Maritime University added: “We judge companies by their actions and Synergy Group has shown through a range of actions that diversity and equality are core values that drive policy, recruitment and procedure from the top down.”

Synergy, which operates a fleet of almost 400 vessels including some of the world’s most complex LNG carriers,  is currently partnering with the Tata Institute of Social Sciences to develop group on-line resources for employees to guide their understanding of diverse cultures and biases.

The Singapore-headquartered ship manager has also implemented a range of policies across its global offices to mitigate against unconscious bias in recruitment and talent reviews.

Accepting the award on behalf of Synergy Group, Priya Jaishankar, Senior Manager for Procurement, said Synergy’s progressive policies on diversity and equality had enabled both female Synergy employees and the company itself to grow and prosper.

“We are grateful this award from Maritime SheEO recognises the progress we have made on gender equality and diversity,” she said. “My own experience shows that Synergy is working hard at female leadership development both at sea and on land. I joined Synergy Group 13 years ago in a junior procurement role. I now lead a team of 46 almost half of whom are women.

“In fact we now have women in management level positions across our fleet. And we were the first mainstream ship manager to appoint a woman to captain an ocean-going oil tanker.

Speaking at the Maritime SheEO conference, Kitack Lim, IMO Secretary-General, said: “People are at the heart of this industry at every level. We must ensure we manage the sector in such a way that we utilise all talent across the gender divide.”

“This is something we are committed to and we live by that commitment,” he told delegates. “We have systematically followed the most up-to-date human resource research to ensure all our recruitment and management processes take ethnicity and gender bias out of the equation.

“We see inclusivity as absolutely critical to creating a workplace that people feel comfortable in, one that allows them to flourish and grow as individuals. Of course, this is the right thing to do ethically, but it also helps our retention rates and our ability to recruit. And it makes us a far more a dynamic organisation.”

Captain Unni also laid out Synergy’s forward plans. “We are committed to accelerating our diversity efforts in the next few years,” he said. “We believe that should be the ambition of any modern, progressive shipping company.

“I think the crew change crisis has shown that we need access to a pool of seafarer and shore talent that is as wide as possible both in terms of nationality and gender.

“We know from experience that a progressive diversity policy is the best strategy for ensuring long-term business success.”