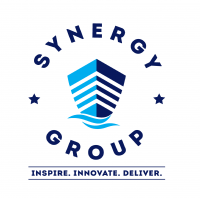 The Synergy Group’s commitment to safety at sea, seafarer welfare and female empowerment in the maritime workforce were recognised at the 2019 Seatrade Awards, hosted last week at London’s magnificent Guildhall.

The Singapore-based shipmanager won the prestigious 2019 Seatrade Award for Investment in People. The award identifies “a significant contribution to the recruitment, training, retention and advancement of the industry’s most valuable asset – its people”.

Captain Rajesh Unni, CEO and Founder of Synergy Group, thanked Seatrade judges for recognising that the training, development and encouragement of all personnel were core Synergy values.

“That is the spirit of this award, that people who work with us feel cared for,” he added. “It is something that we consciously strive for.

“Building and keeping this spirit of caring and helping our people excel is not an easy path to tread. The truth is, the exciting challenge of finding, training, and retaining the right people is never-ending.”

Among Synergy’s recent achievements, judges praised the establishment of a new wellness at sea helpline in October 2018 called iCALL, a nine-language service designed to reduce seafarer suicides and enhance the general mental health and wellness of all maritime personnel. The service is available 24/7, free of charge via phone, email and the chat-based nULTA App.

Captain Unni said the award was acknowledgement that the maritime community could – and should – do more to address mental health and wellness at sea and ashore.

“We established iCALL because so many studies into the psychological health of seafarers have shown that feelings of isolation and depression are common.

“If you consider that 5.9% of all deaths at sea are suicides – and that figure jumps closer to 20% if you add in probable suicides when seafarers have gone missing at sea – then essentially almost one in five deaths at sea is a suicide.

“That is terrible and clearly needs addressing.

“That’s why we decided to create a 24/7 counselling centre for all seafarers, not just Synergy personnel. It is also available to shore-based personnel anywhere in world – these types of problems do not go away when people step off the ship.”

Judges of the 2019 Seatrade Award for Investment in People also recognised Synergy’s long-standing commitment to gender equality. Over the last year, this has seen a major increase in female seafarers employed at Synergy and its subsidiaries, and the recent appointments of the first female Master Mariner to the Synergy fleet and the first Filipino female cadet onboard an LPG carrier.

Synergy’s investment in safety training for staff was also commended by judges.

“As a serving seafarer, I am extremely humbled to accept the ‘Investment in People’ award on behalf of Synergy,” he added.

“I was taken by surprise when Captain Rajesh Unni requested I attend this prestigious award ceremony. It is a tremendous honour to receive this award not only on behalf of the 10,000+ ‘Synergian’ seafarers, but also the 1.6 million seafarers who continue to play a pivotal role in underpinning the global trade.”