A team of female firefighters are preparing for a record-breaking trek to ski Antarctica coast-to-coast with global Survival Technology leader Survitec as one of its sponsors.

The six-strong Antarctic Fire Angels are undertaking the gruelling expedition to showcase women empowerment and tackle the stigma of talking about mental health.

Martin Whittaker, Survitec CEO – Aerospace and Defence, said: “Protecting lives is at the forefront of everything we do at Survitec just like the Antarctic Fire Angels do in their full-time firefighting roles. We are extremely proud to support this worthwhile cause, which will do so much to raise awareness of gender equality and mental health.”

The challenge – taking place in November 2023 – will see the team trek 1,900km (1,187 miles) on skis each pulling 85kg pulks (supply sleds) with all their provisions and equipment, in temperatures as low as -50°C and with wind speeds in excess of 60mph.

Covering 27km every day for around 70 days the Antarctic Fire Angels aim to set a world record as the first all-female emergency services team to achieve this crossing of the ice-covered continent.

The team – made up of serving firefighters from fire stations across South Wales, London, and Derbyshire – is being sponsored by Survitec, a pioneer in Survival Technology.

Survitec, which recently secured a number of new ‘blue light’ contracts, donated to the expedition.

Nakita Ross, of the Angels said: We are delighted to receive this support from Survitec. “The inspiration behind the challenge is to smash gender stereotypes. All members of the team want to set an example and prove to other women that everyone is capable of achieving amazing things whatever their gender. In turn, this will have a positive impact on mental health by showing that no-one needs to feel marginalised because they do not fit in.”

Georgina Gilbert, of the Antarctic Fire Angels and a firefighter with South Wales Fire & Rescue Service, recently presented to a group of women at Survitec discussing the expedition.

With the Covid-19 pandemic resulting in travel restrictions and limiting the opportunity to acclimatise over the last two years, training had to be adapted to warmer climes in the UK, combining strength workouts with endurance activities such as running and cycling. However, the team has recently been in Norway training for the expedition and are due to head to Sweden in March.

“We wish the team the very best and look forward to watching their progress as they work to achieve their extraordinary goal,” said Martin Whittaker. 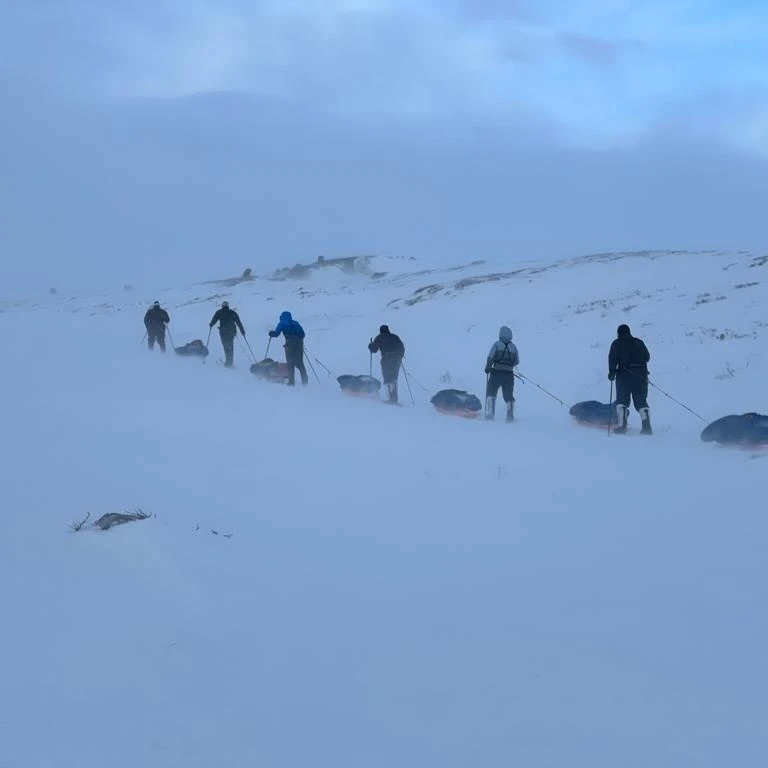