Thordon Bearings and Heddle Shipyards have successfully completed a retrofit project to replace the shaft seals and bearings aboard the Canadian Coast Guard (CCG) vessels CCGS Caribou Isle and CCGS Ile St. Ours.

The vessels represent not only the first reference for Thordon’s award-winning TG100 SRTP shaft seal onboard a Canadian Coast Guard vessel, but also the growing importance of Ontario’s promising maritime partnership in facilitating CCG requirements.

“Our larger bearings and seals are commonplace across the CCG fleet, with almost every icebreaking vessel using Thordon tailshaft bearings,” said Scott Groves, Thordon’s VP- Sales, “but this is the first time the smaller TG100 shaft seal has been installed.”

Each 92gt Near Coastal Class 1 specialty vessel was fitted with a pair of water lubricated XL propeller shaft bearings and a TG100 forward shaft seal.

With a history of collaboration with local manufacturers, Heddle Shipyards, one of the largest operators of ship building yards and drydocks in Canada, was surprised that CCG was considering non-native seals for these federal vessels.

Ted Kirkpatrick, Business Development Director, Heddle Shipyards, explained.  “It seemed logical. We were fitting Thordon’s XL bearings anyway, so we mentioned the TG100 seal from a manufacturer with whom they already have an established relationship.”

After successfully operating the TG100 onboard CCGS Caribou Isle for most of 2020, to roll out supply to sistership CCGS Ile St. Ours – which left Heddle’s Hamilton drydock in March 2021 – was a logical choice.

“Heddle’s experience servicing and installing Thordon equipment is one of the reasons the CCG continues to trust the Thordon/Heddle team,” said Kirkpatrick. “They know they will receive a quality product and quality workmanship that will stand the test of time.”

Heddle, which operates three shipyards in Ontario, and Thordon, one of the province’s largest marine equipment manufacturers, form a strategic maritime partnership that Groves has dubbed “Team Ontario”.

“Ontario is one of the biggest economies in

Canada. There is such a vibrant marine industry in this province, and here’s two Ontario companies working together to get a good result for the Federal government and taxpayer,” he said.

Heddle Shipyards, which also has shipbuilding and repair capability in Newfoundland and Nova Scotia, relies heavily on local material suppliers and subcontractors.

“Locally sourced equipment affords both the shipyard and the end user with greater access to the manufacturers’ support,” Kirkpatrick said.

Indeed, both Groves and Kirkpatrick believe that Team Ontario is well placed to facilitate federal procurement requirements relating to the government’s CAN$100 billion fleet renewal program.

“Companies like Thordon and Heddle have proven time and again that Ontario shipyards and marine equipment manufacturers are second to none when it comes to performance, reliability and quality of workmanship,” said Kirkpatrick. “Team Ontario stands ready to support the Canadian Coast Guard’s newbuild and vessel life extension programs with quality products and services over the life of the vessels.” 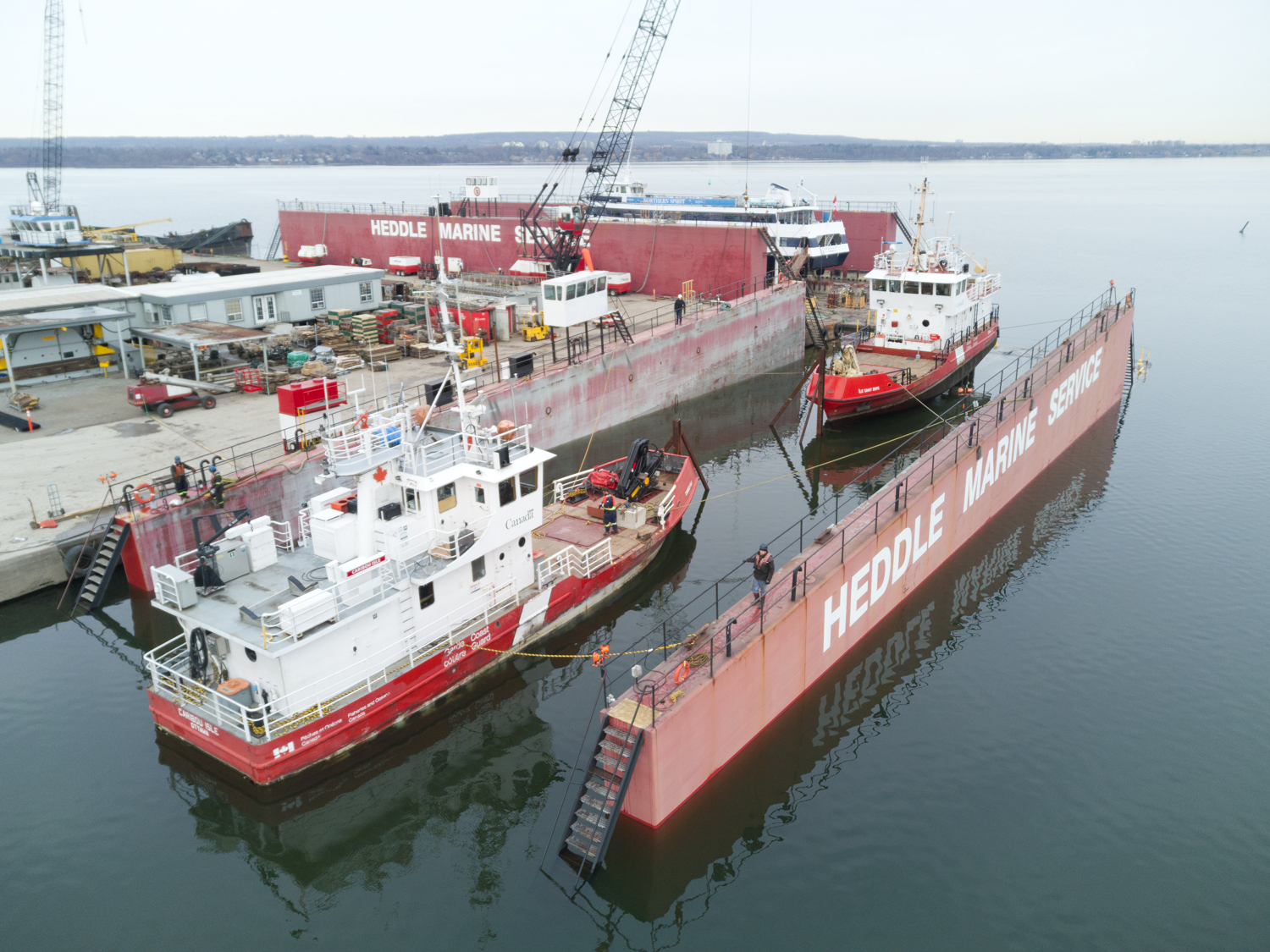