Cincinnati-based Gallagher Aviation will initially focus on Marsh Brothers’ ground-breaking AeroTough® range of fuel cap washers but the agreement could be extended to include other product lines.

Nicholas Choo-Son, Director of Business Development, Marsh Brothers Aviation, said: Our vision is to be the global leader in the revolutionary use of non-metallic self-lubricating bearing and polymeric sealing technology in the commercial aerospace industry. The appointment of Gallagher Aviation is very much part of that strategy.”

Choo-Son furthered: “There is increased demand for polymer fuel cap washers in the US, and Gallagher Aviation – the acknowledged specialist the repair/refurbishment of aircraft fuel caps – is a perfect partner for Marsh Brothers in the US. There could be opportunity to expand the business relationship to include our landing gear door hinge kits and brake master cylinders kits.”

Gallagher Aviation President James Gallagher, said: “We see the inclusion of Marsh Brothers products as a natural complement to our existing range of high-quality solutions for the US general aviation market. Marsh Brothers’ light-weight, non-metallic bearing and sealing solutions can vastly improve aircraft reliability and maintainability and reduce operational costs. We own a V-tail Bonanza and have seen how fuel caps have worn over the years so the AeroTough fuel cap washers are an excellent way to maintain and sustain these fuel caps for years to come.”

Commenting on the performance of Marsh Brothers AeroTough fuel cap washers, in particular, Gallagher said: “Typically, most fuel caps have a metal washer under the locking tab. This creates metal-to-metal contact and under load the cam lobes can experience rapid wear. Pilots and service personnel have broken fingernails, used screw drivers and other means trying to open them, especially in cold climates where the caps can seize. You just don’t have these problems with Marsh Brothers AeroTough fuel cap washers.”

Much tougher than Nylon or PTFE, AeroTough is an engineered homogeneous polymer developed exclusively for aircraft and aerospace applications. The material does not require lubrication, can withstand a range of extreme temperatures and operating pressures and can be used in applications that require minimal clearances.

While Gallagher Aviation will distribute the fuel cap washers to its US customer base, the company will also utilize the Marsh Brothers polymer materials in fuel cap refurbishment projects. 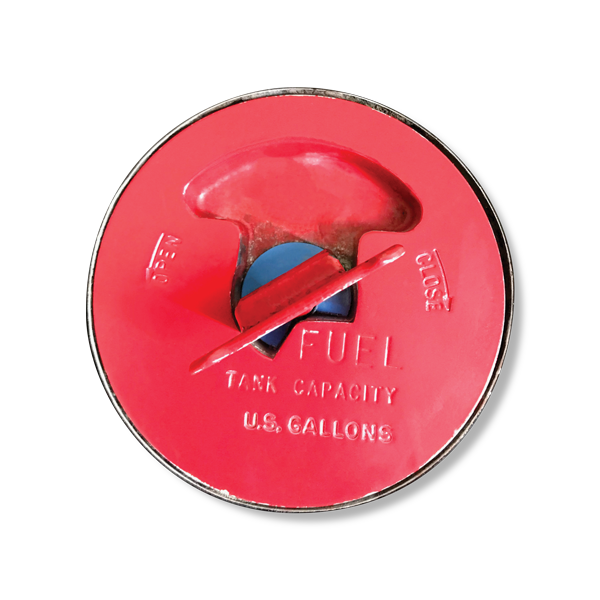