Atria Logistics UABL, one of South America’s leading push boat operators, is on its way to completing a fleet-wide retrofit to Thordon’s water lubricated tailshaft and rudder bearings.

In 2014, the Argentinian owner, which operates a fleet of workboats on the Paraná River, installed Thordon’s RiverTough tailshaft bearings to its first push boat, the 41m (135ft) long Concepcion. In 2020, six more vessels in the company’s 26-strong fleet were converted.

Egnard Bernal, Thordon Bearing’s Business Development Manager, Marine, LATAM said: “Atria Logistics’ decision to continue the conversion process is based on the success of its first installation back in 2014.

“When Concepcion was inspected in 2020, the RiverTough bearings were still in good condition and considered operational for at least five more years of service.  We have now completed a number of retrofit installations to vessels in the Atria fleet.”

Other vessels that have been retrofitted with Thordon include Misiones, Zonda, Chaco X, Pluton, Urano, Saturno, Neptuno, Santa Maria and Titan.

When Cavalier X was retrofitted with ThorPlas-Blue linkage and jockey arm bearings, Atria Logistics’ noticed a significant improvement in operations, said Bernal. “Without even asking, they said ‘it is a relief to have them. The [bearings] don’t have to be greased anymore and operation is very smooth’. Even the Captain asked what we did to reduce vibration and friction. They are delighted.”

“The Atria push boats vary in power between 7,200hp and 8,200hp, with tailshaft diameters varying between 200mm (7.87in) and 305mm (12in). The fact that the Thordon products can be machined to suit non-standard housings is a further advantage over the other competitive bearings,” said Bernal.

Marine Logistics’ Hernan Lopez added: “RiverTough bearings can help deal with misalignment. Some of the rubber bearings had up to 10mm (0.4in) clearance, which led to unacceptable levels of vibration.”

Lopez continued: “The longer life and reduced clearance of the Thordon products plus zero pollution were a few of the key Thordon benefits. Although the main benefit for our customer is the robustness of the bearing material and Thordon’s level of service.”

Atria operates a fleet of push boats on the Paraná River, a waterway that is characterized by its abrasive nature, resulting in high wear rates for conventional rubber tailshaft bearings.

At about 4880km (3032 miles) in length, the river is second only in length to the Amazon among South American rivers, rising in Brazil and for much of its navigable length forming a natural border between Paraguay and Argentina. It joins with the Uruguay River to form the Río de la Plata (River Plate) reaching the South Atlantic Ocean via the River Plate delta near Buenos Aires. The river is a vital transport link, used by sea-going crafts as well as river push boats and barges, linking the major cities of Argentina and Paraguay.

“Atria’s largest push boats can handle up to 42 barges on some stretches of the river, equivalent to a load capacity of more than 1900 trucks,” said Lopez. “The change from rubber tailshaft bearings to the Thordon system means that the company’s vessels can remain working for longer periods without drydocking.  With Thordon and Marine Logistics, Atria now has a ‘one-stop shop’ solution for all of its bearing requirements.” 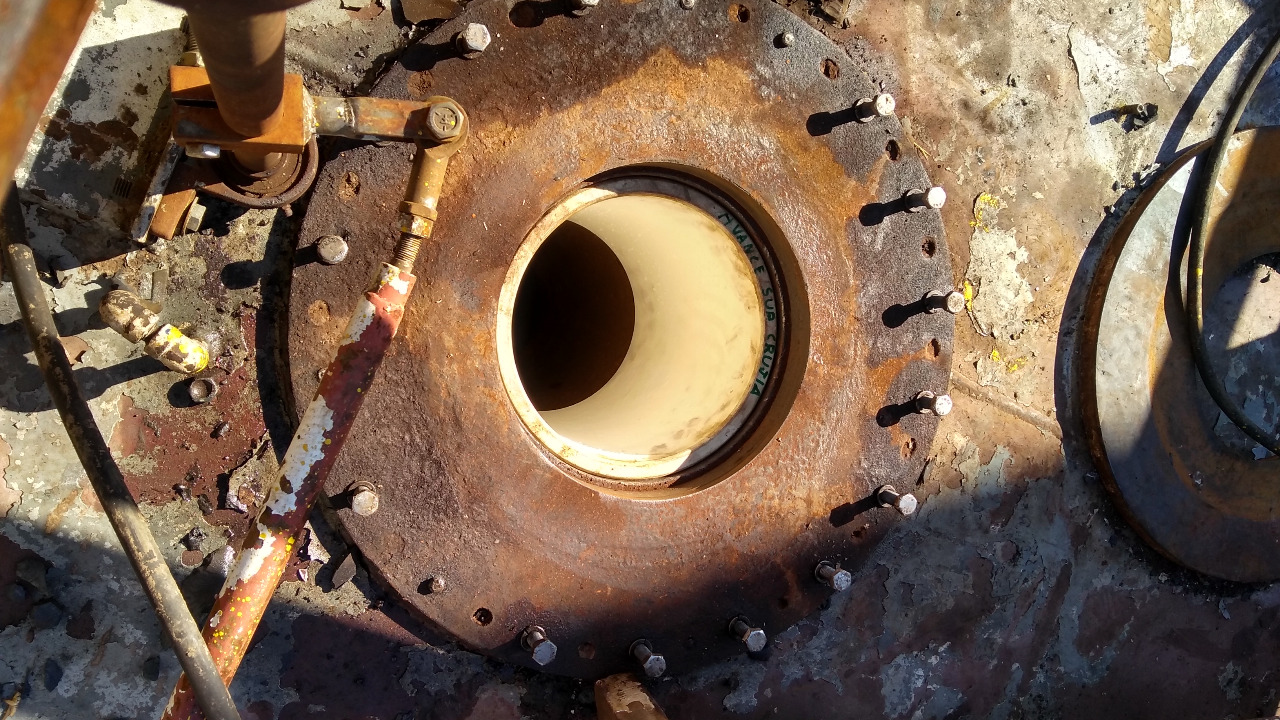