The operator of a large 72,300dwt containership delivered in 2013 found Nippon’s low-friction LF-Sea hull coating to be in pristine condition after more than 90 months of service.

The boxship drydocked for the first time in May 2021 after operating for seven-and-a-half years. It dry-docked at a shipyard in the Far-East, where Nippon Paint Marine carried out a thorough coating performance assessment.

Nippon Paint Marine’s inspectors reported that the vessel’s 13,000m2 underwater area was in “excellent condition” with no fouling observed. Only between 1 and 5% primer was exposed due to the polishing effect of the antifouling coat.

No hard fouling of any sort was detected on any underwater area of the hull protected by the LF-Sea system.

Nippon’s hull monitoring study showed that, on average, the vessel operated in waters of 23.6°C (average), at service speeds of between 12 and 18kts. The ship was moored or idle for 20% of the 90-month period.

Nippon Paint Marine (Europe) Deputy Managing Director Niko Yamanoue said: “You can see from the photographs inspectors have taken prior to high pressure washing just how effective this coating is. The images provide clear and demonstrable evidence that investment in A-LF-Sea really pays dividend for shipowners.”

Prior to entering drydock, Yaya Goose was operating at an effective median speed of 11.4kts, frequently in high sea temperatures, on average of 24.8°C.

As of December 2020, Nippon Paint Marine has applied its advanced low-friction A-LF-Sea coating to 3,598 commercial vessels.

The paint incorporates a patented water trapping technology to lower the hydrodynamic footprint of the hull, resulting in a stable, self-smoothing copper-silyl-acrylate copolymer designed to significantly reduce ships drag.

Compared to other antifouling paint, the combined effect of Nippon Paint Marine’s hydro-gel and rheology control technologies is proven to deliver up to 10% reduction in a ship’s frictional resistance. 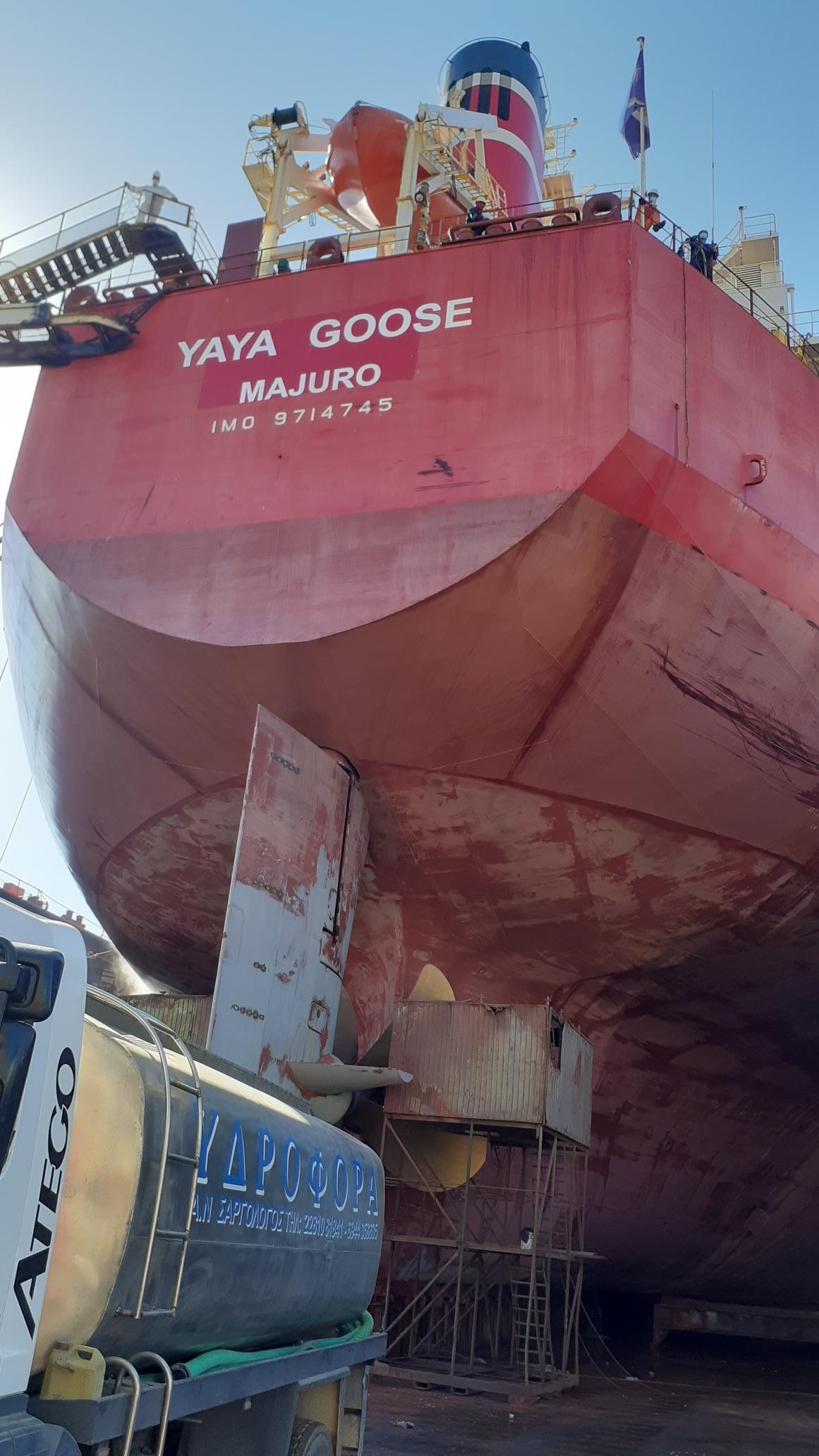