Despite the introduction ten years ago of regulations prohibiting the use of asbestos materials onboard ship, a significant number of existing and newbuild vessels continue to operate systems and machinery containing the hazardous substance.

According to maritime testing facility Maritec, which carried out asbestos surveys for IMO compliance between 2011 and 2020, more than 55% of in-service vessels and 50% of all newbuilds were found to contain asbestos materials.

John Rendi, General Manager, Environmental Services, Maritec, said: “Although newbuild ships are delivered with an asbestos free declaration, in many cases asbestos has been found onboard during subsequent surveys, or port state inspections.

“This is placing shipowners in a very difficult position. It can lead to fines and detentions along with the high cost associated with removal. More importantly, if seafarers and shipyard workers are unknowingly handling asbestos then they are at risk of developing a respiratory illness.”

Under SOLAS regulation II-1/3-5, asbestos is banned in all ships built after 2011. Ships built between 2002 and 2011 may have asbestos fitted but only in certain specified areas (rotary vane compressors and thermal insulation >1000C, for example).

If during an IHM survey asbestos is found onboard a ship built after 2002 (except when permitted in certain machinery on ships built before 2011), then it needs to be removed within a period of three years and replaced with a non-asbestos equivalent. This replacement must not be attempted by anyone other than trained and certified professionals.

“Many owners have discovered they have asbestos onboard following IHM audits and are anxious to address the problem,” said Maritec Operations Manager Alvin Lee.

“I would say the majority of vessels in operation contain asbestos, normally through spare parts in the form of gaskets, pipe gaskets and valve packing. A ship could leave the yard free of asbestos but find itself taking spare parts from countries where either asbestos has not yet been banned or where enforcement is week. The problem is very much a supply chain issue,” he said.

Pipe flange gaskets, valve packing and components in auxiliary machinery equipment, such as pumps, compressors, condensers, and oil purifiers, accounted for more than 63% of all the asbestos found on the vessels surveyed.

Lee furthered that differing asbestos restrictions from country to country further compounds the problem. For example, the permissible threshold value for asbestos in the United States is 1% while in France it is zero. In Singapore it is 0.1%.

“Countries do not necessarily share the same standards or asbestos restrictions. So, a gasket that is classified asbestos-free in Singapore or the US may not be considered asbestos-free in, say Australia, New Zealand or France, where the tolerance is higher when it comes to permissible value. It’s a big problem,” he said.

Maritec, a CTI Group company, advises shipowners to undertake an initial ship inspection by a qualified professional to investigate the possible presence of asbestos-containing materials on board the ship and, if any are identified, to locate them and assess their condition.

The inspection should serve as the basis for establishing an effective maintenance and monitoring programme for dealing with the asbestos in the ship. 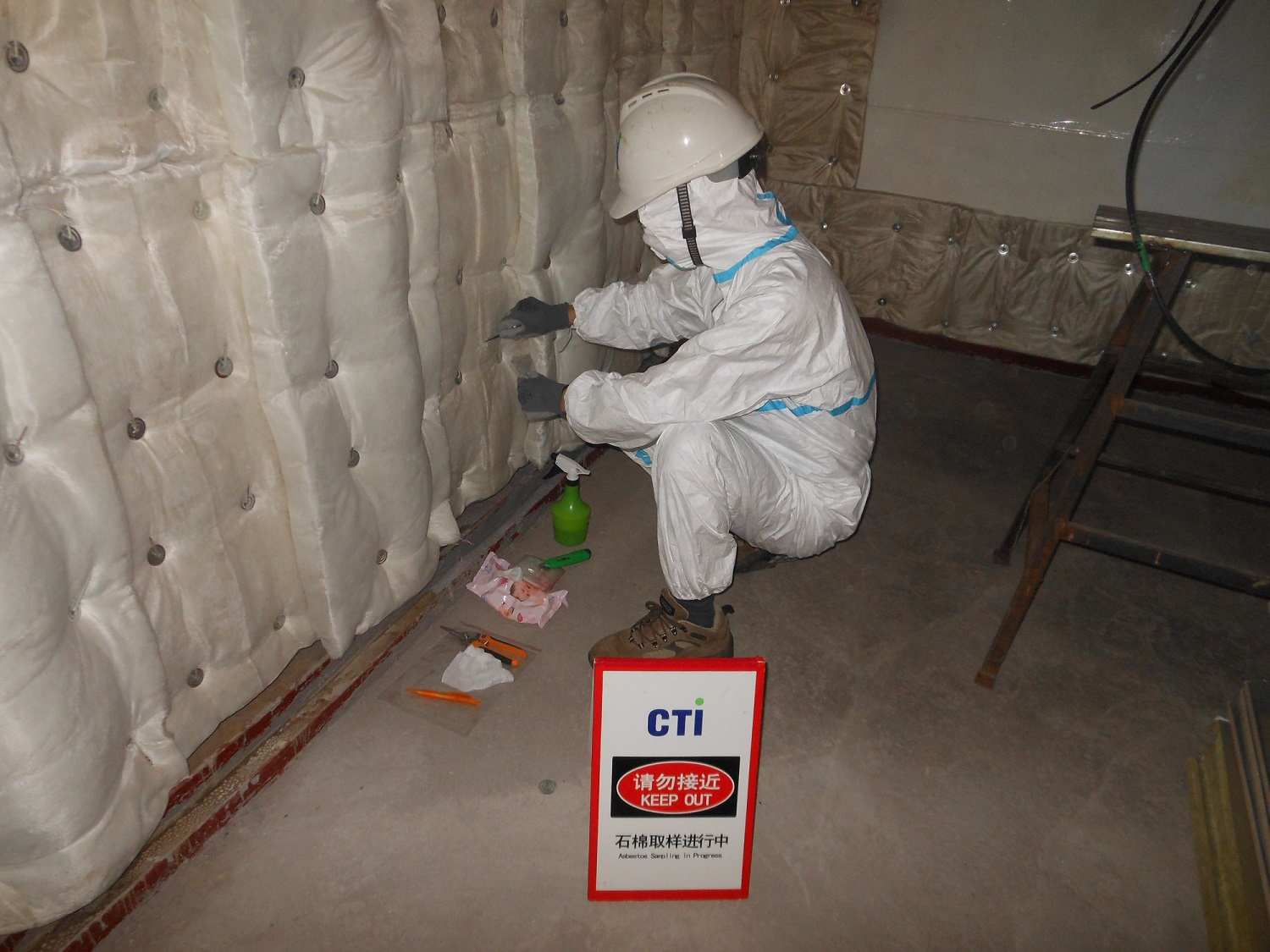