The $1.5 billion plan, about which the fourth annual report was published in June, is the largest investment ever made to protect Canada’s coasts and waterways. The initiative, launched in 2016, is intended to make shipping safer, provide greater protection to aquatic species, and generally improve Canada’s ability to prevent and respond to marine incidents.

Since the introduction of the Innovative Solutions Canada (ISC) program in 2020, then designated the Build in Canada Innovation Program (BCIP), the government has invested more than $90 million into Canadian technologies and solutions, some of which are designed specifically to benefit the country’s maritime, fisheries and coastal defence industries.

“For companies developing environmentally sustainable maritime solutions the program is a real benefit. Had it not been for the partnership between the Federal Government, Thordon, and the Canadian Coast Guard, the Thordon SeaThigor seal development would have undoubtedly taken much longer to materialize,” said Thordon Bearings’ CEO, Anna Galoni.

The Burlington-based manufacturer, an early beneficiary of the original BCIP program, was awarded $339,000 to further develop and fit the innovative shaft seal to Canadian Coast Guard vessels.

Thordon, the manufacturer of award winning, zero pollution propeller shaft bearings, wanted to expand its range with other products intended for application to a vessel’s propeller shaft.

Essentially, the SeaThigor is an extremely robust shaft seal consisting of an inflatable Safe Return to Port (SRTP) emergency seal, allowing the shaft to continue to turn and return the ship safely to port under its own power, even if the primary seal is damaged. The seal prevents water flooding into the ship, potentially averting catastrophe for ship and crew. No other seal currently has this built-in capability.

“In Canada, where free enterprise allows true innovation, the country’s entrepreneurs are developing world-leading products and solutions in support of the government’s environmental sustainability strategies, such as the Ocean Protection Plan.

“I am delighted with the support our company received from our local Member of parliament, the Honourable Karina Gould, Minister of International Development and the Canadian government, and hope the program continues to nurture and encourage further technological innovation,” Galoni said. “Canadian innovation in environmental sustainability is world-class.”

Since 2010, the government has helped hundreds of Canadian companies develop solutions and systems that are attractive to both domestic and international markets.

This support has continued in the first and second phase funding under the new Innovative Solutions Canada initiative, with the Department of Fisheries and Oceans and Canadian Coast Guard alone having released more than $3 million to a myriad of maritime-related projects.

“Thanks to the BCIP and ISC programs, our seal technology now has the potential to become the standard shaft seal across the world’s Navies and Coast Guards.” 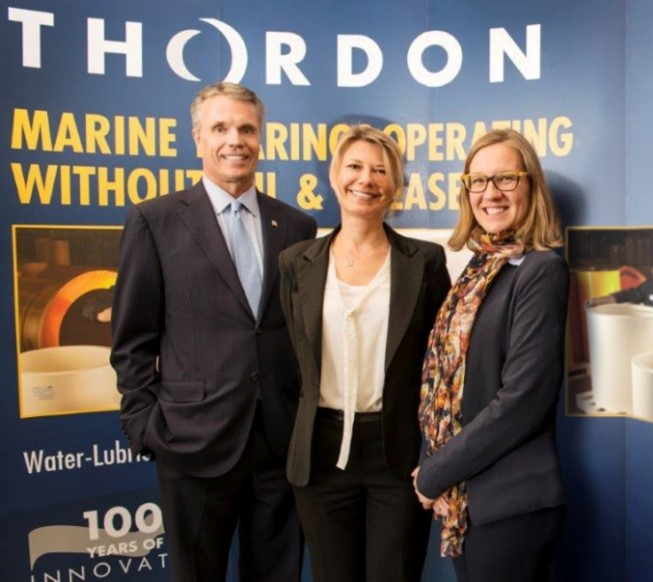