A 7506TEU containership has left Drydocks World-Dubai (DDW) with the largest rudder bearing ever manufactured by Thordon Bearings.

The 2001-built vessel, operated by a European owner, was retrofitted with a 1230mm (4ft) long, 1111mm (3.6ft) diameter SXL bearing after the vessel’s original bronze rudder bearing required replacement due to excessive wear.

With the swift supply of material that could be fitted during the vessels’ scheduled drydocking being a key decision criterion, Thordon and OPI mobilized to produce and deliver the bearing in record time.

From receiving the order, it took just three days to manufacture, ship, deliver, machine and fit the record-breaking bearing using liquid nitrogen during the twelve-day drydocking in November.

The owner also benefitted from Thordon’s unique 15-year Rudder Bearing Wear Life Guarantee, which covers the provision of a replacement if the bearing wears out and requires renewal within 15 years of installation.

Rafid Qureshi, Managing Director of Dubai-based OPI, explained: “Thordon’s Burlington facility produced the self-lubricating polymer material in less than 24 hours. The bearing was then loaded on to a scheduled Emirates Airlines flight to Dubai, where U.A.E. customs quickly cleared the product, delivered and installed in another 24 hrs.

“Ocean Power International is considered an essential service provider to the U.A.E.’s maritime industry, so we do get priority clearance on equipment headed to Dubai Drydocks. DDW couldn’t believe it was manufactured, shipped and delivered in just three days. The CEO called me personally to thank us for the quick turnaround.”

Scott Groves, VP Sales, Thordon Bearings, said: “The owner is very satisfied with the 24/7 customer service both Thordon Bearings and OPI provide. Rafid and his team often deliver bearings for critical, time sensitive projects in the early hours, but this is the first time they have delivered a bearing of this size… and in such record time.

“The application of grease-free deck equipment and rudder bearings fits firmly with the owner’s commitment to protecting the environment, and its employees’ health and safety.

“Since there is no longer a requirement to grease our bearings, the associated labour, cost and pollution source is removed. Internal lubricants formulated into the material reduce friction, resulting in smoother, longer lasting, grease-free bearing operation.”

Thordon’s SXL material has a lower modulus of elasticity than other non-metallic bearings, resulting in significantly increased vibration dampening, accommodation of edge loading and better impact resistance. This reliability and performance are evident with almost 4500 rudder bearing applications on vessels. 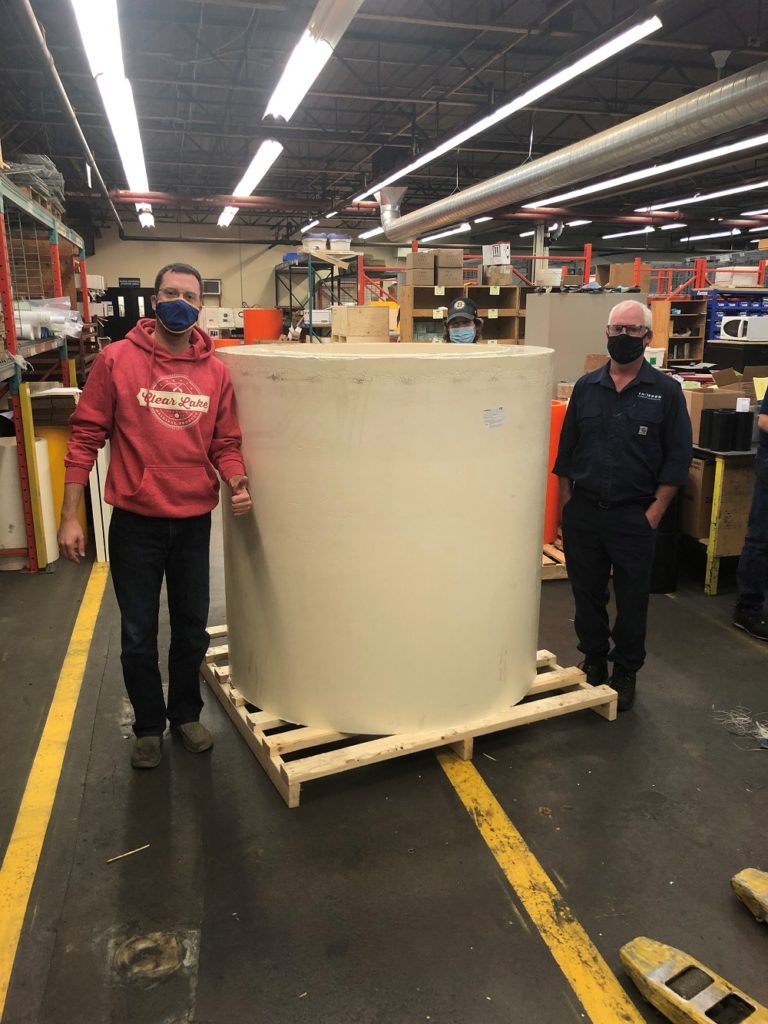 Thordon Bearings is a Canadian company that designs and manufactures a complete range of journal bearing and seal systems for marine, clean power generation, pump and other industrial markets. These products are built using Thordon proprietary non-metallic polymer materials that are lubricated with water eliminating oil or grease usage, meaning ZERO risk of oil pollution to our rivers, lakes and oceans.  Thordon systems and bearings are available worldwide through over 75 agents and distributors. https://www.thordonbearings.com