While rules covering commission testing for newbuild ballast water system installations are due to enter into force in June 2022, independent testing facility Maritec believes shipowners should not be reluctant in carrying out further testing of a system they consider to have already passed stringent tests during the type-approval process.

“All installed systems should be regularly tested, but especially after commissioning,” he said. “A type-approved system works in principle, but in a real-time operational environment it can be a very different story altogether.

“If a system fails immediately after installation but before delivery, then the yard or the manufacturer has to fix it. But if the owner does nothing and the system fails after accepting the vessel, then there could be a lengthy legal battle.”

He said: “Port state control inspectors could start targeting newly installed ballast water treatment systems to check for compliance at the first port of call after leaving the shipyard. This will probably be very common in the future.”

Haraldsson added: “If you have spent a million dollars or more on equipment and installation, an extra few thousand dollars on testing before the ship leaves drydock is a very wise investment. Frequent testing can avoid any operational performance problems, which, if go unchecked, can result in costly delays, fines and environmental damage down the line.”

Gavin Gao, Technical Director, Maritec, said: “It is very important that testing and sampling procedures are performed correctly and according to IMO and US VGP requirements.

“If an owner wants to operate a system compliant with VGP-2013, for example, the installed BWMS needs to be tested twice in the first year and then once every 12 months.

“The Convention requirements are very strict,” he said. “We are seeing retrofitted vessels with new systems failing because ballast tanks have not been efficiently cleaned or because valves have been incorrectly fitted. And if you have more than one 50µm organism in every 100 litres of treated water you will fail inspection.”

Singapore-headquartered Maritec, which offers both indicative and detailed ballast water testing services, has facilities at key shipbuilding hubs in China, where most ballast water installations take place, and is scheduled to cut ribbon on a new centre in Singapore later this year. 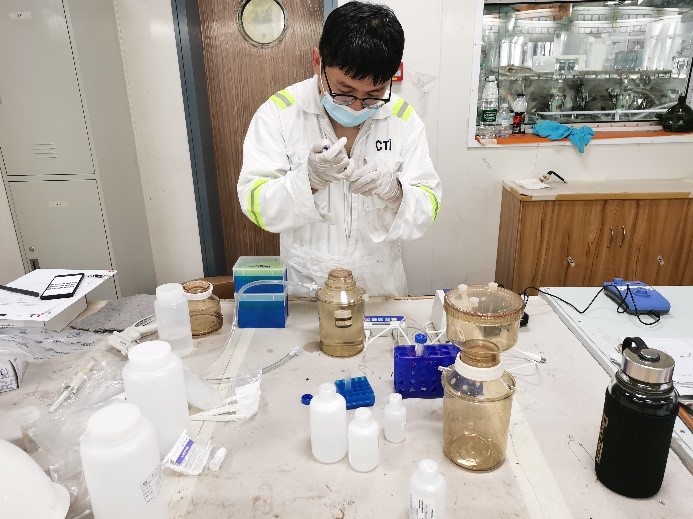