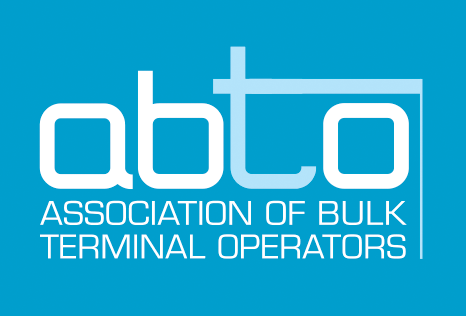 The Association of Bulk Terminal Operators has warned that cargo liquefaction – an issue commonly associated with the seaborne transportation of unprocessed mineral ores and concentrates – is also an issue which bulk terminals need to pay attention to.

Speaking at the ICHCA ISP76 panel meeting in London last week, ABTO chief executive Ian Adams, said: “The liquefaction of bulk commodities is a serious issue which can and should be managed effectively shoreside. However, allowing ship’s crews access to stock piles to assess solid bulk commodities such as Bauxite and nickel ore is not the answer in view of the fact that stock piles have been known to collapse. Tests should only be carried out when the cargo has been moved for loading onto the vessel.”

Referring to the on-going amendments to the International Maritime Solid Bulk Cargoes (IMSBC) Code, Adams told ICHCA members: “There has been a significant amount of time at IMO debating the IMSBC Code and exploring the use of a modified Proctor/Fagerburg test for coal as a viable way of detecting and preventing cargo liquefaction. Australia, Brazil and China have done a tremendous amount of research into the test methodology and we are now nearing the point of conclusion.”

This test procedure details the laboratory determination of Transportable Moisture Limit (TML) for coals up to a nominal top size of 50mm. The procedure is based on a modification of the Proctor/Fagerberg test involving testing of a coal sample of up 170kg.

While the IMSBC Code applies primarily to the seaborne carriage of cargoes, Adams said there is a “definite crossover”, but bulk terminal operators are often left behind during the regulatory decision-making process which, given that five billion tonnes of bulk commodities are transported annually, needs to change.

“There has to be greater representation at IMO. Liquefaction remains a serious concern for all sectors of industry but there is no international legislation governing the storage, segregation, handling and monitoring of such cargoes at the terminal – only guidelines,” he said.

Turning to the issue of HME classification (cargoes harmful to the marine environment under Marpol Annex V), Adams pointed out that there is no definitive list of HME cargoes, and in his opinion, quite rightly so. “It remains the responsibility of the shipper to declare whether a cargo is HME and to source the necessary cargo residue and wash-water reception facilities,” he said.

The certification of HME cargoes was also considered problematic, with ICHCA members commenting on a perceived increase in the number of falsified Transportable Moisture Limit (TML) Certificates. This, many agreed was due to the lack of mandatory procedures for carrying out TML tests and full depth sampling of stockpiles, which ports will restrict for obvious safety reasons.

Richard Brough, O.B.E, Technical Adviser to ICHCA, said: “The tragic loss of the Bulk Jupiter, which sank off the coast of Vung Tau, Vietnam, in 2015 carrying a 46,000t cargo of bauxite, highlighted the need for all those involved in the supply chain to take responsibility in assessing the solidity of bulk cargoes. But it should not take a tragic event like this to be the harbinger of much needed change.”