The 88m (289ft) long vessel, built in the 1980s had been operating Thordon’s water lubricated elastomeric polymer bearings on both shafts for 24 years. Then in 2018 the port shaft was retrofitted with a European made laminate phenolic-type bearing as part of a shaft alignment contract with the manufacturer.

In December 2020, Newdock shipyard, based in Newfoundland, Canada, was poised to fit the starboard shaft with the same phenolic-type of bearings when CCG reeled at the additional expense, drydock time and delays involved installing these bearings.

“During the drydocking, CCG was told that the yard needed to line bore the stern tube, which would take an indeterminate number of days and an extra CAD$100,000 to $200,000. A huge expense for the owner,” said Scott Groves, VP Sales, Thordon Bearings. “Thankfully, the ship had a spare set of Thordon propeller shaft bearings in stock and decided to fit that instead without the additional costs.”

The CCG approached Avalon Marine, Thordon’s authorized distributor for Atlantic Canada, about potentially installing the Thordon XL bearings they had available from stock.  Avalon assessed the alignment data and as-found dimensional data measured by the shipyard, and confirmed that fitting of the Thordon bearings would not require the extremely costly line boring.  Avalon submitted the data to Thordon’s engineers for analysis, who confirmed the assessment. CCG decided to proceed with the installation of Thordon XL shaft bearings.

“Thordon bearings did not require the line boring recommended for the phenolic-type bearings and were quickly machined and fitted by Avalon Marine, promptly returning CCGS Terry Fox to service with a quality ‘Made in Canada’ solution, saving the shipyard and owner considerable time and the Canadian tax-payer a lot of money.”

CCGS Terry Fox, one of 36 icebreakers operating globally with Thordon tailshaft bearings, of which 14 are Canadian Coast Guard vessels, was built in Yarrows of Vancouver, British Columbia in 1983.

Originally fitted with rubber stern tube stave bearings, the 7100dwt Arctic Class 4 vessel converted to Thordon’s XL bearings in 1994, eleven years after it was built. Avalon Marine was involved in the original conversion at Halifax shipyard in Nova Scotia.

Avalon Marine President, Thom Hofmann P.Eng., who fitted the original rubber stave bearings as FSR with Lips NV Canada, said: “It is interesting to note that the starboard shaft has been operating Thordon bearings for more than 20 ice-breaking seasons, while the competitor product in the port shaft has managed just under three seasons. I am pleased to say the starboard shaft is continuing to operate optimally and reliably with a Thordon solution.”

Since 1984, when the CCG installed its first Thordon bearing to the 2727dwt Type 1100 icebreaker Sir William Alexander, the CCG has since applied Thordon technology across many types of vessels in its fleet.

“For almost 40 years, the CCG has benefitted from a propeller shaft system unsurpassed in terms of maintenance and operational costs”, said Groves. “But the real benefit of a Thordon bearing is its proven ability to deliver reliable, trouble-free performance in critical ice-breaking duties year-over-year. We look forward to continuing to work with CCG to ensure future vessels are as robust and reliable as those built more than 25 years ago.” 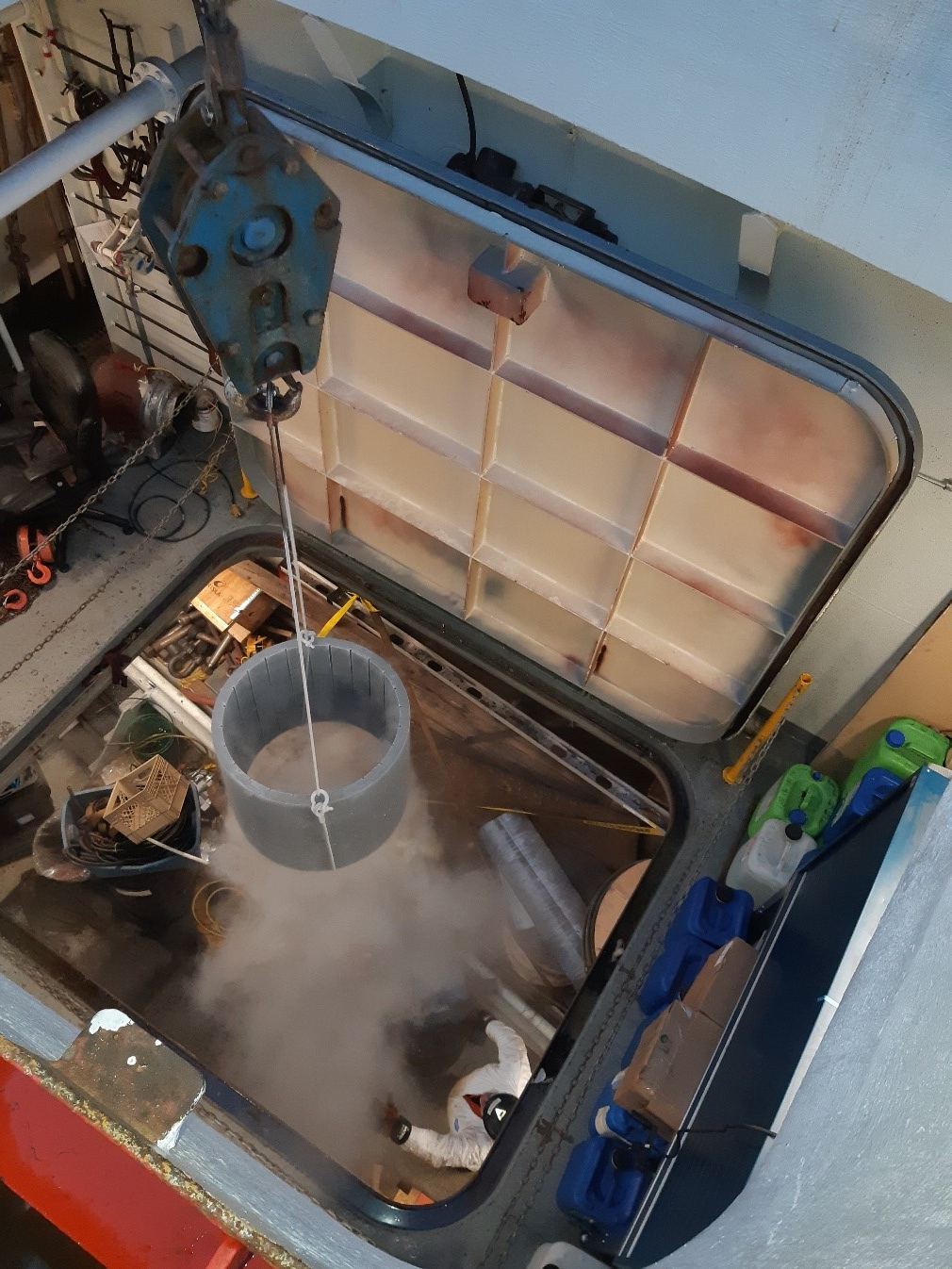