The state-of-the-art vessel, Algoma’s fifth Equinox Class of gearless bulkers and tenth Equinox design to enter service, is the 38th Algoma vessel to which Thordon has fitted its zero pollution bearings.

Thordon’s distributor and engineering partner in China, CY Engineering, supplied and machined the bearing and oversaw system installation and commissioning.

Scott Groves, Vice President – Sales, Thordon Bearings, said: “The successful delivery of Captain Henry Jackman is a key moment in the long-standing and collaborative relationship we have with Algoma. Algoma was one of the first shipowners to use our grease-free SXL rudder bearings and one of the first to install our water lubricated stern tube bearings. We are delighted Thordon technology has once again been selected for an Equinox ship.”

Thordon has been supplying water lubricated propeller shaft bearings to the Great Lakes operators since 1999 when the 28,824dwt Great Lakes bulker Gordon C. Leitch became one of the world’s first commercial vessels to be retrofitted with the then relatively new COMPAC bearing system.

“We have a very collaborative approach to working together,” said Bernie Johnson, Director, Special Projects, Algoma Central Corporation. “We had a lot of conversations over the years and with the new ship I wanted to make some small adjustments here and there. As always, Thordon was willing to jump in and work with us on new ideas.”

Sam Williams, Regional Manager – Asia, Thordon Bearings, said: “Continuous improvement is part of the business we’re in. Customers like Algoma, and people like Bernie are crucial in helping us, as a manufacturer of quality products, evolve and develop better systems and solutions. Algoma is a long-term customer and listening to ship owners, such as Algoma, help us to continuously improve our products.

Over the years, this collaborative approach has materialized in the evolution of Thordon’s seal and bearing products, including COMPAC and SXL bearings.

“Marginal but practical improvements are always being made thanks to the regular feedback and valued interaction we have with our customers,” said Williams. “They are often very sensible and very well-argued reasons behind the changes, so we are happy to facilitate. Collaboration between customer and manufacturer on every project can make a real difference.”

The St. Catharines, Ontario, headquartered company, which operates the largest fleet of self-unloading and gearless dry-bulk carriers and product tankers on the Great Lakes, took delivery of the Equinox 3.0 vessel, Captain Henry Jackman on April 2nd.

Gregg Ruhl, President and CEO of Algoma said in a statement: “The domestic dry-bulk segment has been our core business for over 100 years, and we have invested over $500 million in sustaining that business since the launch of the Equinox Class fleet renewal plan in 2010.

“The arrival of the Captain Henry Jackman on the Great Lakes will be a proud moment for Algoma as we introduce our tenth and most efficient Equinox Class vessel yet.

“I would like to thank everyone from the team in China to our team here in Canada for their hard work and dedication in making this possible in the face of a global pandemic.”

The Equinox 3.0 design improves on earlier incarnations in that it incorporates improvements in cargo deadweight capacity and equipment while maintaining the numerous performance efficiencies of the original design.

For instance, lightweight aluminum hatch covers have been used and Algoma adopted a new improved twin rudder design which utilizes Thordon’s SXL rudder bearings, that significantly increases the displacement of the vessel and enables the ship to achieve increased cargo capacity without requiring an increase in the vessel’s power and fuel consumption. 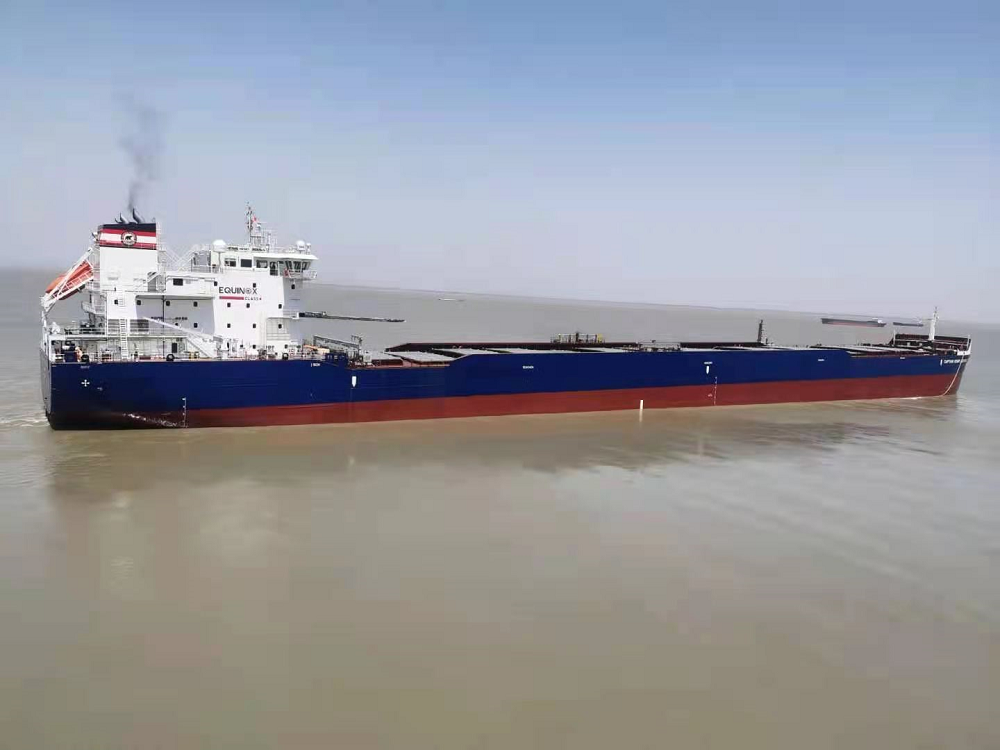